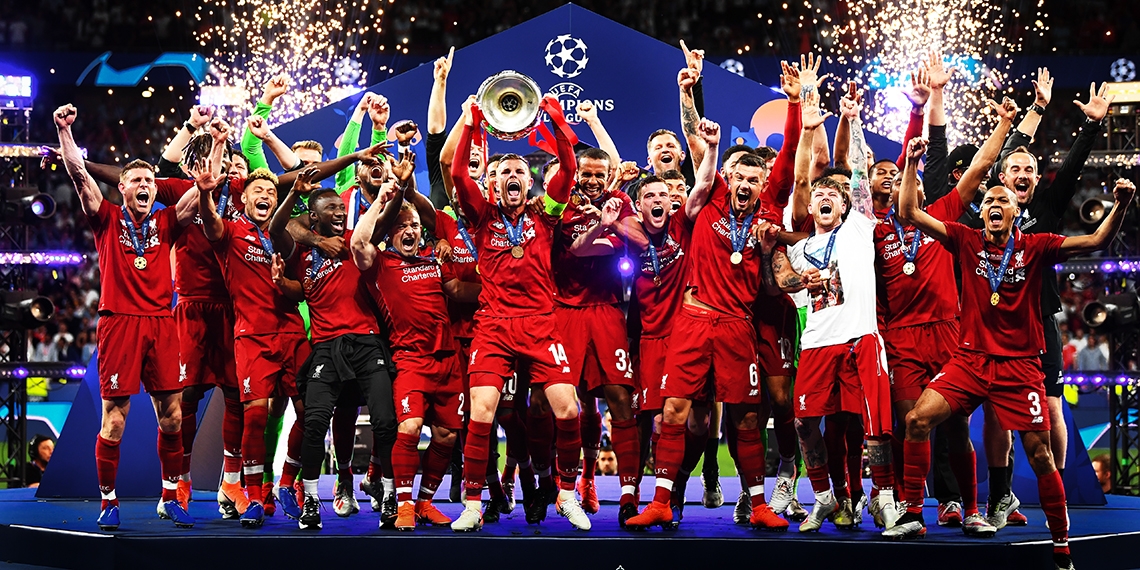 Football is probably the most loved sports game in the world. In Europe, the game reigns due to the high number of fans who keep showing support to their ultimate teams.

The multi-billion pound industry is competitive yet entertaining, as top teams keep competing to become the supreme king of soccer.

The rewards are incredible as payments vary depending on the performance of players. Here are the most-renowned trophies in terms of rankings.

FIFA World Cup is an after sought price that performing teams keep competing to take home. It was founded in 1930 and is organized for play every four years.

National teams contest for the FIFA World Cup trophy. The award was established in the sole aim of uniting countries altogether.

FIFA’s last competition was played in Russia, where France’s national team emerged as the champions. The Next FIFA World Cup is set for 2022, with Qatar being the host.

Commonly known as the ‘Big ears,’ UEFA Champions League trophy is an iconic price that brings together the best performing teams in country leagues.

The magnificent league has proved to be the most-watched league in the history of football. Teams that win wear an iconic badge in their kit in the next competition.

Liverpool is the current titleholder of the UEFA Champions League trophy after displaying the magical game in the last tournament.

Mainly known as the Euros, the UEFA European Championship Trophy brings together the European national teams, where only one country emerges as the winner.

Just like the FIFA World Cup, the Euro version is organized every four years. Currently, 24 European national teams qualify to participate in the reign of supremacy battle.

To commemorate the victory of the champions, winners receive gold medals where other contenders receive a commemorative plaque. Currently, Portugal reigns as the titleholders.

If you’re a football fan, you must have been watching the iconic Premier League. The Premier League price is desired and expensive, considering it is worth 10,000 dollars.

Today, the league is amongst the most-watched leagues globally. Twenty teams participate in a second-league tournament with the team that collects most points emerge the winners.

The last three teams are relegated to the championship level. Manchester City club is the current titleholder of this trophy.

The Copa America version, it is the ultimate definition of beauty. The competition brings together teams associated with the famous CONMEBOL association, plus two neutral guests.

Copa America was first organized in 1916 and is amongst the longest competitions. Mexico, the US, and Costa Rica are the most invited frequent guests.

It features a 3 level wooden base that holds the plaques where names of the champion are engraved on. Brazil is the current titleholder.

Which is the best football trophy – final thoughts

They showcase the achievement of the involved teams. Football trophies play an integral role as they bring fans and players together. The worthiness of prizes differs from one cup to the other.

Teams experience great excitement once they take home an award. The victory of a team instills self-confidence to players, where the rewards are tokens of appreciation.

The honor to carry the name of the champions is not only an achievement but also a great responsibility.

In every competition, not all trophies are the same, and football is not an exception. Football has a large fan base as compared to other sports. This has led sportsbooks to incorporate the competition in their games, where bettors can select their favourite teams.

They are valuable and exceptional. The FIFA World Cup is, however, considered to be on another level. It is meant to make the participants gasp in a magical delight.

What is the trophy for football?

It is a representation of victory in a league or a competition where the winning team is awarded the trophy.

Who has more trophies in football?

Manchester United has won 20 titles and is therefore the number one trophy holder in the world.

Are trophies worth anything?

Older trophies used to be made out of silver and other metals and could be worth something. Nowadays there is no such value stored in the trophy.